In recent years, a game has been released that helped to redefine and clarify what a “Team-Based First Person Shooter” is.

Overwatch is coming up on its one year anniversary, on May 24th, and since then, it’s made waves in the gaming world.  Tens of millions have played it, and for good reason.  There are many, many aspects that make Overwatch a masterfully crafted game. However, as many people have noted, there was a game that defined the Team-Based FPS far before this: Team Fortress 2.

The two games have enjoyed huge success in their own times, and undoubtedly, will continue to enjoy that success moving forward.  Despite being, at this point, almost a decade old, Team Fortress 2 has an average of 50,000 players a day, even as Overwatch has gradually become more and more of a competitive e-sport, carving out its own niche in the gaming industry.

Now, considering this, what has made the two Team-Based FPS games so successful?  We’re going to delve into this question, and consider some aspects of both games that contribute to their lasting value! 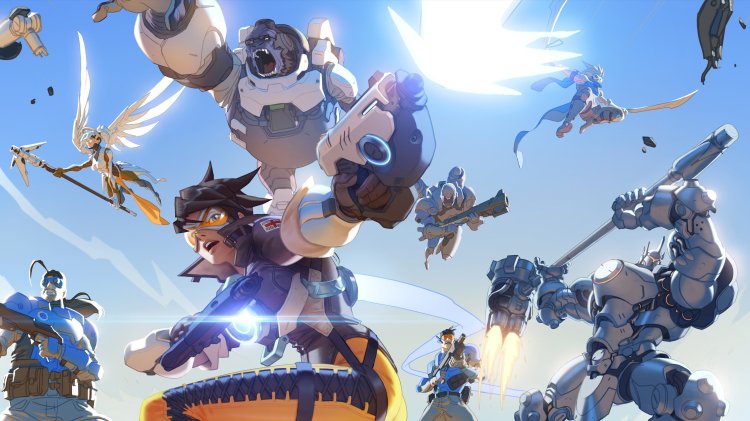 Does anyone remember Paladins?   That one Team-Based FPS that released in September last year?

Yeah, I didn’t think so.

And the reason WHY was because Paladins lacked personality.  Using a name that lacked inspiration, characters that didn’t stick out, and badly done advertisements, Paladins failed to distinguish itself, failed to create its own personality.

Overwatch, and Team Fortress 2, on the other hand, have VERY clear identities, creating characters and plot lines that are easy to follow, and easy to support.  Overwatch released a series of plot-driven shorts, detailing the struggles of its characters in a well-thought out world, where heroes are in short supply.  Team Fortress 2, in a similar vein, created a series of videos based around its characters that are morbidly funny, wacky, and creative.

Basically, these two games created for themselves an identity, and from there, they made themselves easily marketed.  Which would you rather play?  The shooter which presents unrelenting optimism, where heroes are motivated only by their personal ideals?    Or the fun shooter where some bumbling, lovable mercenaries fight for seemingly no reason, and the very concept of death is knowingly used for satirical jokes?  I mean.  Either one sounds good to me.

Basically, they’re both games that are well put together, and have concrete personalities, allowing for advertisement that was extremely effective.

Now, talking about gameplay, you know that Team Fortress 2 wasn’t ACTUALLY about the shooting and explosions and fire.  It was about the hats.

Both Overwatch and TF2 have purely aesthetic skins, or outfits that you can wear that have absolutely no effect on the game.  Unlike other games, where you have to unlock the better weapons or perks, you get to unlock skins, voice commands, and emotes.  And you know, this system, where you try so hard to find the right skin, is actually kinda genius.

In both games, you have a system where you can obtain a random set of items by opening “loot crates.”  These crates then yield several items, mostly common, but every so often, you will receive one of those rare, treasured skins or items, that are worth a lot more.  It sounds like a simple system, but man, it’s deceptively addicting.

Every new skin, new hats in particular with TF2, provide unique goals in each game, that don’t ever require you to be explicitly great from a gameplay perspective.  This then hooks in those of us casual players, who can simply gain joy from collecting things.  Short and simple, this system provides a goal, “rewards” for playing the game enough, and motivates people to play more and more.  It’s a simple system- but one that I’ve never seen implemented so well, outside of these two games.

Of course, all the outside, creative stuff can only go so far if the games aren’t good in and of themselves.  And thank goodness, they are.

But specifically, what makes these games the best of their kind, is the variety of ways in which the games can be played.  They remind me of the Super Smash Bros. series, in that there’s a huge variety of characters, each one with their own feel, and their own way of play.  It’s like that, except with an FPS.

Every character in each game has a personality, and it transfers over VERY well into the gameplay.  In TF2, the Scout’s cocky, energetic, personality can be seen through his breakneck speeds, his double jumping capabilities, and close-combat style, while Overwatch’s Winston, the genius gorilla, is understandably, a large target, but one that requires smarts to use effectively.  Each character brings their own unique style of gameplay to the table, and it can take hundreds of hours just to get good at one! 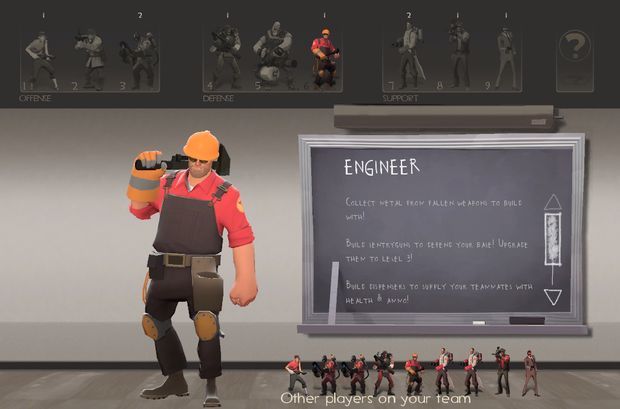 That’s not even mentioning the sheer variety of playstyles.  You can fly through the air with rockets, sneak behind opponents for kills and disruption out of nowhere, bunker down with turrets, go full melee and just get in the middle of a fight as quickly as possible, and so, so much more.  What makes this variety even better, is that both TF2 and Overwatch don’t even focus on kills half the time, instead focusing on a variety of objectives.  Because of this, the different play styles each have different uses, allowing for the opportunity to experiment with different characters.

Other shooters simply don’t do this, at least to the extent that TF2 and Overwatch do, and because of this, these two games have been able to stand head and shoulders above the rest.

All things considered, Team Fortress 2 and Overwatch are both phenomenal games, that I’ve spent hundreds of hours on.   They’ve both found that ideal formula, that mix of character, gameplay, and marketing that just…works.  It’ll be interesting to see what kind of games will be able to follow up on that style, but for now, I think I’ll be content with playing Overwatch, anxiously awaiting whatever new event Blizzard has in store.