The ability of a video game to pull off a good, old-fashioned plot twist is an indicator that it’s gonna be something pretty memorable.

I mean.  Plot twists are a common thing nowdays, but oftentimes, you don’t get the best ones.  You think to yourself, “Psh, I knew that would happen,” or, “Well, what was the point of that?”  However, there are some great ones out there- and video games certainly have the potential to blow your mind with the plot twists they have. 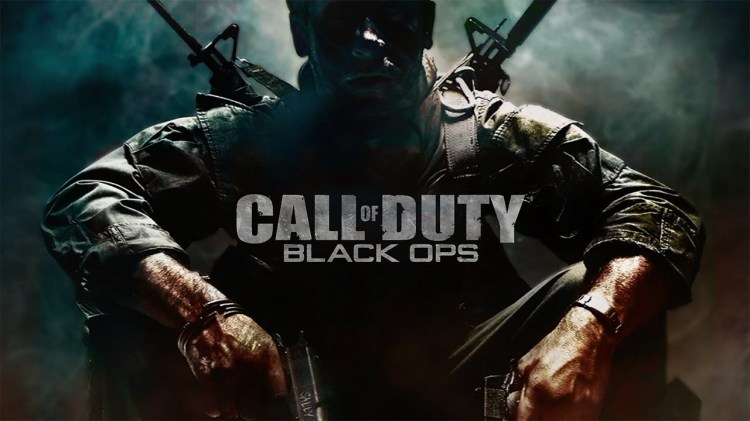 As far as FPS games go, Call of Duty is actually, rather surprisingly, way ahead of the curve when it comes to great plot twists.  Modern Warfare had the Nuke in 2007, and Modern Warfare 2 followed up with another series of great ones.  I know Modern Warfare 3, World at War, and Ghosts all had their fair share of plot twists as well, but honestly, none got to me quite as much as learning that Reznov, your companion throughout Black Ops, wasn’t real at all.

Throughout the game, you play as American special agent Alex Mason, who ends up being captured, held hostage in a Russian prison known as Vorkuta.  Held there for a year, he eventually befriends the Russian operative, Viktor Reznov, and together, they break out of Vorkuta.  Eventually, after numerous battles, Reznov and Mason make their way to a man known as Steiner, responsible for Reznov’s imprisonment, and in front of Mason’s eyes, Reznov executes the man.  However: viewed from another point of view, the full story becomes a lot more complicated.  Mason was the one who shot Steiner, believing himself, in that moment, to be Viktor Reznov.

This revelation came as a rather huge shock, considering that up to this point, no FPS game I can think of EVER challenged your perception of the playable character like that.  It came out of left field: especially considering that Reznov has been an almost-constant presence throughout the game.  Reznov was an integral part of the story, getting you out of tight situations, and to find out that he wasn’t real was a HUGE game-changer.

Normally, in a fun little platforming adventure, you’re the one who’s the hero.  You’re going to save the princess, get yourself a kiss on the cheek, and call it a night.

Well, not so in Braid.

Braid is a great platforming game, with a simple enough premise.  You, the hero, Tim, have to save the princess from “a horrible and evil monster,” and for that goal, you wander through six colorful worlds.  Using multiple time-based gameplay mechanics to your advantage, you get through all six, and you see the Princess!  Finally!  Working together, you help dismantle traps, keep moving so you can finally save her…until it’s revealed that during that entire sequence, time was moving backwards.  She was throwing traps in your way, trying to stop you, and you just happened to get through them: you’re the monster, and the knight that seemed to be bent on kidnapping the princess? That’s the hero.

This game is known for its tendency to subvert gaming tropes.  From the presence of an extremely ambiguous plot, to its time based mechanics, the platforming, storytelling, and gameplay of Braid isn’t quite like any other standard platformer, and this is pretty indicative of that.  Up to that point, nothing really points you to that conclusion, that you’re the bad guy, so when it DOES happen, it’s pretty memorable.

Okay, to be fair, I had to have ONE silly pick in here.

Kirby’s the last game you’d expect to have any sort of plot twist.  I mean, it’s become sort of a staple of the series recently, but let’s be honest, if you have NO knowledge of the games, and just know you’re playing as a pink puff ball in a colorful world known as “Dreamland,” I doubt you’d be into the plot.

So.  In Nightmare in Dreamland, the standard Kirby formula is in full effect.  You wander through a series of bright, colorful worlds, face bosses, take enemy powers, and overall, just have a good time.  The whole point?  To get the Star Rod from the dastardly King Dedede, who has stolen it for his own nefarious plans.  Pretty cut and dry.  So then you beat him, take back the Star Rod, and return it to its rightful place on the Fountain of Dreams.  But then, out of nowhere, the evil Nightmare emerges, set free by the Star Rod!  As it turns out, King Dedede was only trying to stop Nightmare from wreaking havoc on the denizens of Dreamland! 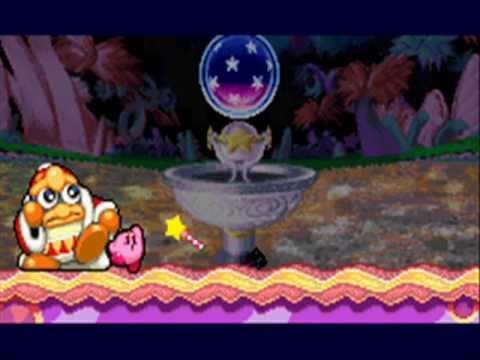 As a kid, this plot twist really, really surprised me.  Probably more than it should have.  I mean, in hindsight, it makes a lot of sense.  But still, honestly, who would have thought that King Dedede was doing something selfless for the sake of Dreamland?  Up to this point, it’s clear that in the series, the big King was the bad guy!  Of course, that’s changed with recent games, but that doesn’t change my opinion that this first heel-face-turn was actually pretty solid: at least, as much as a Kirby game can be.

Mother 3 is a strange, heartrending game.  It’s a good one, for sure, but man, does it hurt sometimes.  Because of its strange nature though, the plot doesn’t carry the largest sense of urgency, it doesn’t have huge, epic showdowns, and the narrative isn’t told in a very straightforward way, making setting up any sort of plot twist rather hard to do.  However, this plot twist isn’t here for how surprising it is: rather, the implications of said plot twist.

Claus, and main character Lucas, were part of a close-knit family, and complemented each other rather well.  Where Lucas was scared, Claus was headstrong- but this headstrong nature ultimately got him killed.  Early in the game, Claus is depicted as either dead or lost, and he is not seen again for a long time.  Then, later in Lucas’s quest, they fight a mysterious Masked Man, who, similarly to Lucas, possesses PK powers.  They clash several times throughout the course of the story, ultimately fighting at the very end of the journey.  It is revealed, at that point, that the Masked Man is Lucas’s long lost brother: a revelation that decimates Lucas’s self-confidence, unwilling to kill his own blood.

This moment in the game is not out of nowhere- there’s plenty of foreshadowing.  However, what it does, is serve as a hugely fitting cap to the nature vs machine theme of the game, as well as a wonderful, if heartwrenching, final challenge for Lucas to overcome.  The reveal that Claus was the Masked Man, brainwashed into becoming a casual tool of the main antagonist, is powerful, making for one of the most emotional moments in gaming, securing its place as one of the best plot twists of gaming as well.

5. Would You Kindly? (Bioshock)

Let’s be real, this blew EVERYONE’S mind when they first played Bioshock.

Playing as a man named Jack, who finds himself in the underwater city of Rapture, it’s understandable that he’d be skeptical of threats, looking for some sort of guidance and safety.  That guidance, the player’s director throughout a good portion of the game, arrives in the form of one man who calls himself Atlas.  This “Atlas” is in conflict with a man named Ryan, who has apparently trapped Jack’s family- and as such, you go along with him, hoping to come to their rescue.  However, upon finding, and killing, Ryan, you come to a realization: that the words, “Would you Kindly,” compel you to follow.  Through hypnosis, through Jack’s history, you realize that this “Atlas” fellow has been manipulating you this way the entire game.

In games, everyone has their tic.  Some characters stutter, some are badasses, and some have distinct catchphrases.  Here, Atlas distinguishes himself with the phrase, “would you kindly,” and throughout the game, you think nothing of it- it’s just a directive, right?  But man, once you find this out, it flips the whole game, all your assumptions about what was right and wrong, and flips it on its head.  You didn’t have free will at all- but because you, the player, directed Jack to go along with it, it sure felt like you did.

From a gameplay and story perspective, this was HUGE.  It came out of nowhere, and changed everything about the narrative of the game, and because of this, is certainly one of the greats, the classics, of video game plot twists.

3 thoughts on “Some of My Favorites: Five Great Plot Twists of Video Games!”