Heyo guys, RB Weekly News number 9 is here, and although nothing too unique or mind-blowing happened this week, there are still quite a few interesting tidbits of information to talk about!

Erased Gets a Netflix Series!

On March 12th, just three days ago, it was announced by streaming company Netflix that they would be producing a live-action series based on the popular manga, Erased.  Having already received an anime series, spin-off novels, as well as its own live-action movie, it’s been clear that Erased has had massive success.  However, the announcement of this new Netflix series is perhaps the biggest testament to that: announced to be streaming in over 190 countries, it feels as if Netflix has a lot of trust in the new series to do well.  Featuring actors Reo Uchikawa and Yuki Furukawa as protagonist Satoru Fujinuma, as a child and adult respectively, the series is currently being shot in Hokkaido, Japan, to be released sometime this Winter.

I don’t know about any of you guys, but this is honestly a rather interesting announcement.  Live-action movies- we’ve all heard of those.  But its own dedicated live-action series?  That’s certainly unique in the world of anime.  Regardless of whether or not you watch it, at the very least, it’s something to keep an eye out for.  Let’s just hope it doesn’t crash and burn, like many live-action film adaptations have.

On the topic of live-action anime adaptations, it was announced yesterday that the new Tokyo Ghoul, live-action film will be premiering in Japan on July 29th.  The film’s release date itself is not old news, having been known earlier, but this announcement assuages recent concerns as to the fate of the movie. Actress Fumika Shimizu announced just last month, her decision to officially, publicly join the Happy Science religious organization, and to retire from the entertainment industry as a result.  However, as her scenes have apparently been already filmed, the film will go ahead as planned- although Shimizu will not be part of the advertising campaign.

The Tokyo Ghoul movie, according to the staff, hopes to convey the same drama and themes as the original work: an assuring thing to hear, considering how some anime adaptations have left many fans disappointed.  Perhaps the film, despite this little scare, will live up to the hopes of Tokyo Ghoul fans- I guess we’ll just wait and see.

This past Tuesday, the 14th of March, Nintendo released a three part series of behind-the-scenes looks at the creation of Breath of The Wild.  Following universal acclaim (and I mean UNIVERSAL acclaim) over the widely anticipated game, it appears that Nintendo anticipated that this would be something that fans would definitely appreciate.  Going in-depth about the concepts, design, and story of the game, the creators provide a very unique look at Breath of The Wild that, honestly, is quite intriguing.  Considering just how well the game has been received, this sort of series will certainly receive continued attention- with well over 600,000 views in its first day, it’s evident to see that this content is very much appreciated.

I personally love this kind of treatment.  Many games that are near and dear to us are never talked about by the development staff- we just assume that they did great work to produce the games we enjoy.  However, hearing, straight from the horse’s mouth, just how the game was put together from the base up, is definitely a treat.  So, thanks Nintendo, for a thirty minute experience that was well worth it!

The Creation of Frostkeep Studios

Finally, joining Studio Istolia in the “new video game studio club,” we have an offshoot of Blizzard, known as Frostkeep Studios.  Veteran game developers Solomon Lee,  Mat Milizia, and Jeremy Wood banded together in secret about a year ago, and have been slowly but surely gathering support from other developers.  The product of this work, is the video game known as Rend: a fantasy/survival game that is said to challenge the mold of the genre.  Releasing in Spring for Steam Early Access, Rend has been put forth as the new studio’s fist step into the gaming world, and soon, we’ll get to see how it works out for them. 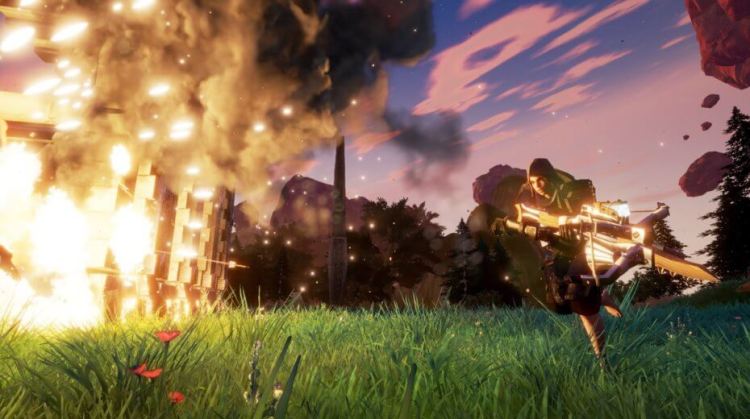 If you’ve stuck around the blog, you know that these kinds of announcements excite me, if only just a little bit.  These new opportunities for new, great games (or conversely, for terrible games) are always fun to see, regardless of how it goes.  Hearing a new project like this pop out of the blue?  Well, that’s just one more thing to be a bit excited about, you know?  I’ve said this before, but only time will tell if Rend will launch the new Frostkeep Studios into the limelight, or if it will disappear, to be forgotten by the ever-progressing game industry.