Yo.  Who’s ready for Breath of The Wild?

With a new Zelda game so close, I thought it’d be cool to look back, and see how The Legend of Zelda has grown from its modest beginnings!

The Birth of a Legend 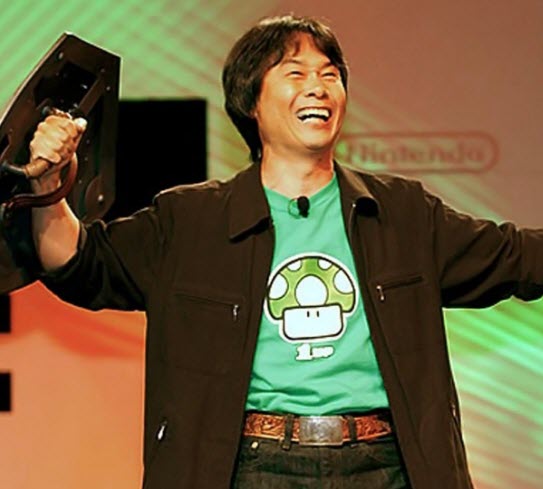 In this way, Miyamoto took inspiration from a specific experience of his childhood.  He would go hiking sometimes without a map, and he himself mentions that during one hike, he found a lake, surprising him.  Yet another time, Miyamoto stumbled upon a cave, in the middle of a forest, that he hesitantly decided to explore, with the help of a single lantern.   These experiences gave Miyamoto the unique experience of being able to enjoy the feeling of adventure- and in turn, served as the motivation for The Legend of Zelda’s exploration-based gameplay.

Considering names for this game, Miyamoto decided to borrow the name of Zelda Fitzgerald, wife of famous author, F. Scott  Fitzgerald.  When asked why, he explained that Zelda was considered a famous, beautiful woman, and that her name was also very nice on top of that.  For Link, then, he desired a character that would evoke a feeling of growth, a character that would call back to the child-like feeling of adventure he had experienced.  What better inspiration then, than the immortal Peter Pan, clad in a green tunic and hat?  Link’s name, however, has an interesting origin- the game was originally intended to be set in different timelines- past, present, and future.  Link then, would be the “link” between those times.

After two years, The Legend of Zelda was released with the Famicom Disk System in Japan, on February 21, 1986.  The original game for the Famicom, and eventually the Super Nintendo, was a huge hit, selling over 6.5 million units, and cementing it as one of Nintendo’s trademark franchises.

Ever since the first Legend of Zelda, the success just kept on coming.  Moving onwards, Nintendo created The Adventure of Link in 1987, which, despite being less popular today for its odd twist on the standard Zelda formula, also had huge success. The next large game, A Link To The Past, released in 1991, improved upon the old Zelda formula, earning critical acclaim and selling over four million SNES copies.  Even the lesser known game, Link’s Awakening was well received, selling over three million copies and receiving favorable reviews to boot.  Despite this success, or perhaps because of it, the gap between Link To The Past, to the next major Zelda title, would be eight years.  This wait, however, made way for indisputably the most famous, influential, and perhaps, simply the best Zelda game of the whole series. The Legend of Zelda: Ocarina of Time, released in November 1998 to universal acclaim, launching the series into a new 3D age.  Headed by the, at-the-time new manager, Eiji Aonuma, it seemed that whatever he did worked out wonderfully.  Introducing a revolutionary target lock system, button inputs that were sensitive to the 3D environment, and an unparalleled, epic story, Ocarina of Time was the game that cemented the Legend of Zelda as… well, a gaming legend. Majora’s Mask, released in 2000, was received very well too, but it wasn’t exactly a main series game.   After Ocarina of Time, what then could be done?  Where could the series even go from there?  Even Eiji Aonuma himself has admitted that he has been motivated by his desire to top Ocarina of Time.

In the year 2000, at E3, Nintendo wished to show off the power of their new, upcoming console, and to do so, showed a quick trailer of a sword battle between Link and Ganondorf.  The showcase featured a darker, grittier aesthetic, and smooth 3D graphics that at the time, had many Zelda fans ecstatic.  Would this be the new game?  A dark, gritty, real, Zelda game?  However, to the disappointment of many, and the delight of some, The Legend of Zelda: Wind Waker released in 2002, featuring a unique, cel-shaded style. 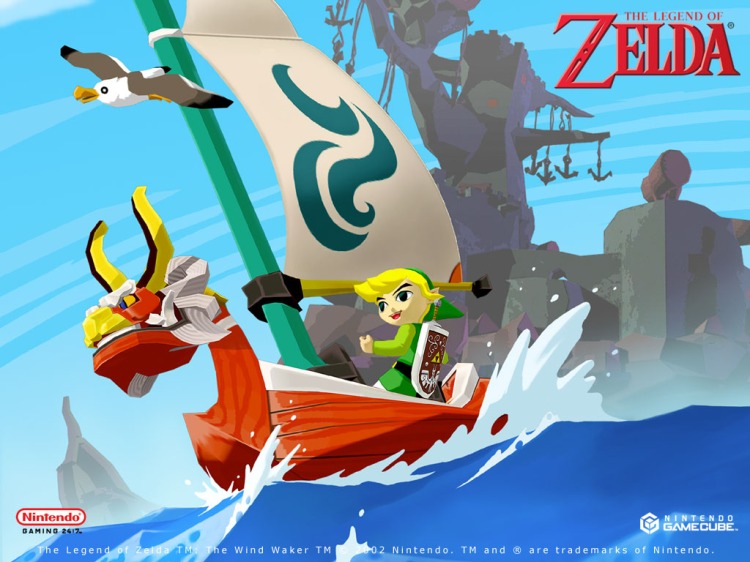 Sales dropped, but this new style has proven itself, standing the test of time, and being fondly remembered as one of Zelda’s best entries.  Despite its lasting appeal, the immediate reaction to the more cartoony, seafaring adventure prompted a new response by Nintendo- and towards the end of 2006, Twilight Princess was released.  Gritty, realistic, and dark, it garnered both the first T rating in Zelda’s history, as well as continued critical acclaim from fans and critics alike.  It seemed that, barring some smaller spin offs, the Zelda series could honestly do no wrong.  Even with the vast experimentation in regards to the different styles of each new game, their quality was undeniable- even for the next big entry.

The Legend of Zelda: Skyward Sword, in 2011, was the next big experiment for the series.  Blending the cartoony style of Wind Waker with more realistic proportions similar to Twilight Princess, it was bright, colorful- but featured, most prominently, one to one motion controls.  If you swung the Wiimote horizontally, Link would perform a horizontal slash- if you held it above your head, Link would rise his sword above his head as well.  This control scheme proved divisive, and combined with a more linear formula, Skyward Sword seemed similar to Wind Waker in its public reception.  Perhaps in response then, Nintendo waited about six years to release the next big title- the longest gap between main series games since Link to The Past and Ocarina of Time.

This new game, first teased in 2013 by Eiji Aonuma, was said to challenge conventions, to change the way gamers looked at The Legend of Zelda- the way gamers looked at the in-game world around them.  In 2014, more details were released, such as how it would be a completely open-world game- one with unprecedented scale.  Originally set to be released in 2015 for the Wii U, it was delayed to 2016, and ultimately, 2017.  It was only in 2016 that we even received a name- Breath of The Wild- and ever since that E3 conference, the game has continued to build up insane, unprecedented amounts of hype.  This hype has only grown with the reveal of several new details: the inclusion of voice acting, an optional story, and new gameplay reviews.  Edge Magazine in particular lauds it as potentially even better, more game-breaking, than Ocarina of Time.

Yeah.  Perhaps Eiji Aonuma has finally accomplished his goal?  Well I guess we can find out for ourselves soon enough!  It’s been a long journey for the Zelda series, filled with…well, honestly, consistent excellence.  Personally, it’s been a wonderful series to experience, and one that I hope will continue for many years to come!  That being said.  I think for now, I’ll just eagerly await the time when I can nab the game for myself!