Alright- Ayron here, back again with some more of the latest happenings in the anime and gaming worlds!

This past weekend, the new Sword Art Online movie topped Japanese box offices, selling just over 300,000 tickets, earning 425,762,760 yen, or about $3.76 million dollars.  It was the first anime movie to reach the number one box office spot since the massively successful “Your Name,” and although it seems doubtful that Ordinal Scale will match its box office earnings, it’s certainly no feat to sneeze at.  On top of this, it appears that critical reception of the movie has been very good as well.  At the moment, it boasts a 9.1 on IDMb, and an 8.55 on MyAnimeList.com, with more ratings to come.

For those of us on the North American continent, Ordinal Scale will come on March 9th, while those in the U.K. will have to wait until April 19th.  A bit sad that we’re going to have to wait, true, but at least we can know that what’s coming our way is something pretty good, to say the least!

On February 20th, this past Monday, a set of new pictures revealing the design of main character Yūsaku Fujiki, as well as his main monster “Decode Talker” and a “mysterious creature” in the background.  Adhering to the Yu-Gi-Oh! protagonist tradition of having crazy hair, Yūsaku is described on the official website as having a sharp mind, but simultaneously hates standing out.  He, and the other people of his world, duel in Virtual Reality, where they are identified by unique names, and their outfits change to match the situation.  Yūsaku, appropriately, goes by “Playmaker,” and with his monster Decode Talker, I’m sure we’ll get some great duels in the future.

And lucky for us, we won’t have to wait that long: Yu-Gi-Oh! VRAINS has been confirmed for an April release, airing on Wednesdays in Japan at 6:25 Japanese Standard Time, or Tuesdays, 3:25  P.M. Central Standard Time.  Of course, those people who live elsewhere will most likely have to wait for translations to happen, but man. VRAINS is gonna be here before we know it, and based on this art, it’s looking pretty slick. 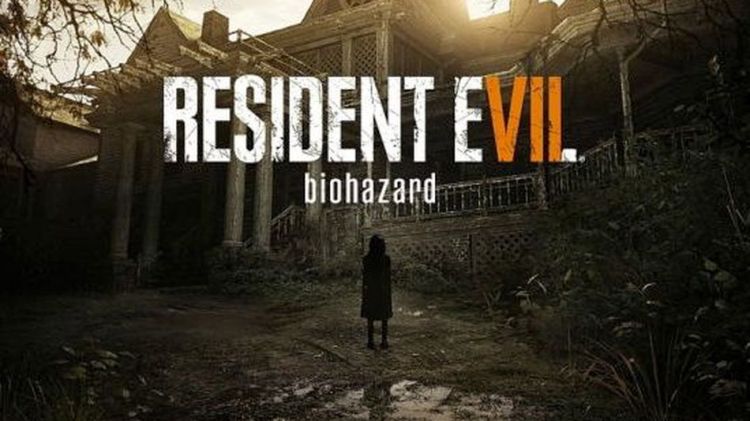 Market research company, The NPD Group, released just last Thursday, February 16, the top ten best selling games of January 2017.  What stands at top, if you couldn’t guess by the picture, was Resident Evil VII, beating out Call of Duty: Infinite Warfare, as well as Grand Theft Auto 5 and Battlefield One. This is all the more impressive when you consider that Resident Evil VII was only out for six days in January, and still managed to outsell every other game that was released.

Meanwhile, specifically on the PS4, instead of Infinite Warfare, Kingdom Hearts HD 2.8 Final Chapter Prologue secured the second place spot, attesting to the continuing anticipation for the series.  Also of note here, is that in January, the PS4 continued to outsell the XBox One, showing its general edge in the console wars.  On that note, in the world of Nintendo, surprisingly, Minecraft topped sales for the Wii U, while unsurprisingly, Pokemon Sun and Moon respectively held the number one and two mobile game spots.  Perhaps once the Switch comes out, Nintendo will be able to be a bit more competitive with the other two big companies?   I guess we’ll find out.

Square Enix, the Japanese juggernaut behind the famous Final Fantasy series, and Kingdom Hearts, is trying something new.  It announced on February 20th the creation of the new Studio Istolia, headed by gaming veteran Hideo Baba, and the name of their first RPG project: Prelude Rune.  On Studio Istolia’s website, they state that their corporate goals involve being able to create stories with strong messages that affect gamers, and provide new gaming experiences.  On that note, they even named themselves after the Greek word for “story-” ιστορία, or “istoria.”

Despite being such a new undertaking, I’m personally extremely hyped for this announcement.  Square Enix have always (well almost always) created amazing RPGs, and hearing that Studio Istolia is committed to bringing such stories to the public, I just can’t wait for more information from them.  Of course, only time will tell if Studio Istolia turns out to be something great, or just a side project to be forgotten.