Heyo, Ayron back with the fourth RB Weekly News, and this time around, we got some Youtube controversy, the announcement of an anime that many will be happy to hear of, and a surprising move on the part of Nintendo, that has fans divided!

A rather recent, short, Summer 2016 anime, New Game! was announced to be receiving a second season on February 12!  The anime, having attained favorable reviews and a decent amount of popularity, announced this at the “Next Level Fan Appreciation” event in Tokyo, with further details to be announced at a later time.

New Game! is all about the adventures of Aoba Suzukaze, in her quest to work for a game company she loves.  Having grown up playing the “Fairies Story” games, she desires nothing more than to contribute to developing future games.  Wouldn’t you know it, at the beginning of the series, we find that she was able to get hired at Eagle Jump, the company that created the Fairies Story games!  Now, new, inexperienced, she learns about the struggles of creating a game from the base up, befriends her coworkers, and, all in all, tries her best!

A very cute anime, with a rather sizable following, you can bet that I, along with others, will be looking forward to future details!

This milestone, achieved by Crunchyroll this last Thursday, is a huge landmark in the world of anime.  Never before, has any anime-related service passed over one million sales of…anything, really.

Although Crunchyroll has always been known as a huge part of the anime world, the big number of one million serves to make the service, and the industry as a whole, a bit more reputable.  It shows that we, anime fans, are indeed interested in the anime world, especially compared to streaming companies like Netflix and Hulu that are currently many times bigger than Crunchyroll.  Beyond this dramatic showing from the world of anime, however, Crunchyroll itself has announced the Crunchyroll Expo!

Straight from its website, “Crunchyroll Expo (CRX) will be a showcase of the best of what Japanese animation and pop culture has to offer, it… will bring anime fans together for three days of exhibits, screenings, panels, and guest appearances by some of the biggest personalities in Japan and the US.”  Between Anime Expo, and CRX, this summer, and the future, is looking pretty good for Japanese entertainment in the United States. 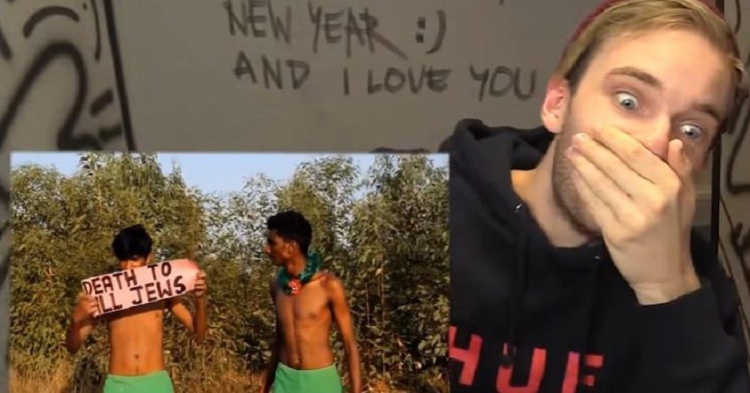 We all know Pewdiepie.  Felix Kjellberg.  That one Youtube guy who made the dumb, funny videos, makes people laugh, got his own special Youtube Red series, and gained ludicrous amounts of subscribers?  Yeah, him.  Well, he might have gotten into some hot water.

Officially speaking, Youtube is saying nothing more than that Scare Pewdiepie Season 2 has been cancelled, and that Felix’s channel has been removed from Youtube Preferred. Disney’s Maker Studio had also terminated its relationship with the Swedish Youtuber, presumably for a recent video where Felix paid two men to make a banner, saying “Death to all Jews.”  The video in question, released in January, was made to highlight the absurdity of some paid internet services, but with the content matter at hand, it appears that Felix has gone a bit too far for Maker Studio and Youtube.

Honestly, we all know Felix uses colorful language, and makes jokes that push the boundaries.  It’s internet humor, where the most offensive jokes are laughed at and shrugged off, but mixing that internet culture with mainstream media?  Not a good combination.  I personally find this situation to be a rather interesting reflection of that conflict in culture.  What do you guys think?

Legend of Zelda: Breath of The Wild DLC Announced!

On another note, a much brighter topic in my opinion, Nintendo announced something quite exciting: DLC for Breath of The Wild, a first for ANY Zelda game.

This is the plan- $20 for three different perks, coming on release day, Summer, and Winter respectively.  Many people have expressed displeasure with the move, as it is a new, added fee on a game that many have been looking forward to.  Akin to many other games, such as The Witcher 3, and Skyrim,  the DLC will include new content, even a new story.

The implications of this move are something to ponder- will this decision to include DLC be seen in future Nintendo titles?   Perhaps, with this new feature, Nintendo has made the first step in an entirely new direction, regarding DLC content?  We have seen such content for other games, in smaller amounts, but nothing quite like this- a main-series Zelda title.  Only time will tell if this will be reflective of future games on the Switch!