Anime has the potential to be many things.  It can be pure entertainment, it can provide social commentary, and can spark extreme amounts of emotion.  It can be many different things, but one of the things I’ve loved seeing the most has been a good, strong, narrative.

Narratives have often been associated with literature- epic, iconic stories passed down through the ages.  From the Epic of Gilgamesh, to Harry Potter and Game of Thrones, we’ve come a long way.   And now, I believe such stories can be told through mediums like video games, manga, western animations, and of course, anime.

This will be an opinionated list, as to what anime I consider to have the greatest narratives.  I’ve looked for symbolism, thematic consistency, a concrete story, and enjoyable characters to follow, in judging this list.  Also, I will only be including anime I have personally watched fully- so sadly, I will not be including some old classics that I haven’t gotten to watch quite yet.  All that being said, let’s start it off! 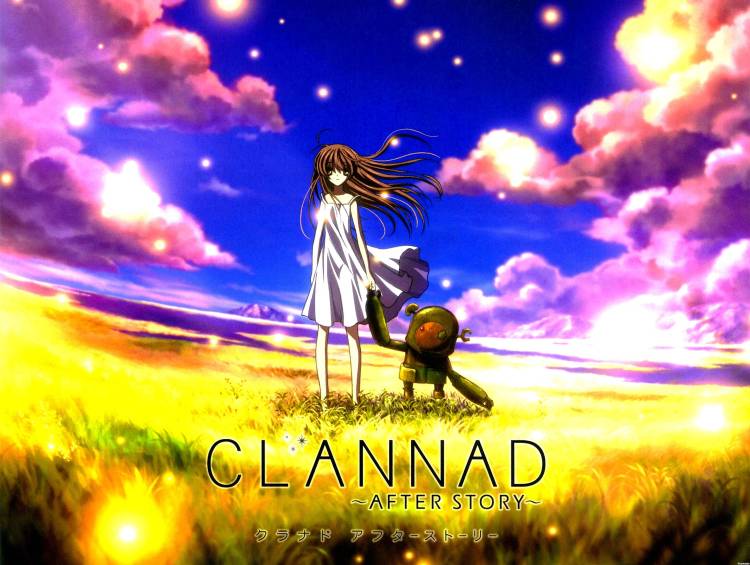 Clannad, and its second season, After Story represents the best of Slice of Life anime, providing a touching story that is as simple (well, almost, I guess) as it is profound.  Focusing on the tale of Tomoya Okazaki, the life he has in high school and beyond, Clannad explores the relationships and friends he is able to make, ultimately resulting in his finding love.  At first, a rather withdrawn, if relatively nice guy, Tomoya learns to enjoy his life, bit by bit, putting efforts into a school play, graduating, working for money, and living with the love of his life, and all the emotion that that entails. 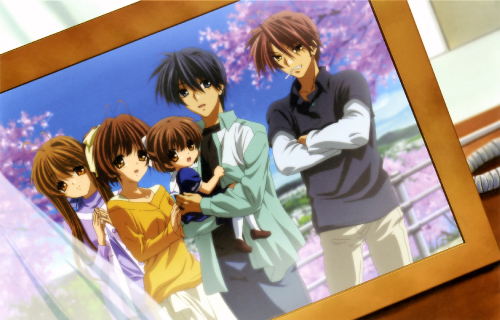 As simple of a story that Clannad is, it is one that is extremely effective, and resonates with many people for its reflection of life today.  Living life, creating a family, keeping in touch with some friends- Clannad is very good at providing situations for the protagonists to overcome, while simultaneously emphasizing the importance of small, relatable events.  Tomoya grows remarkably throughout the series, which serves to progress the story being told in a way that emphasizes the themes of friendship, love, and above all, family, extremely well.  However, what holds Clannad back from higher placings is slow pacing, and a first half that, although emotional in its own right, focuses on so many different characters that it feels that the narrative sometimes loses focus on a main goal- very much unlike the next pick.

An absolute classic in anime history, Death Note, despite relatively poor technical performance, makes its way here for the scope of its narrative- its gripping view into the mind of a character consumed with lust for power, and his ability to change the world.  We have Light Yagami, a bored, discontented, yet amazingly intelligent senior in high school.  Resigned to a future of relatively simple work, everything changes when he picks up a journal, simply labelled as “Death Note.”  Giving him the power to kill anyone in the world by simply writing their name, Light resolves that the world is too corrupt to leave alone- that he can use this Note to rid the world of evil, and in doing so, become like a God.

Death Note to me, despite not maintaining technical prowess throughout the entirety of the series, still manages to tell a story that invites thought, and has the viewer gripped from the beginning to the end.  Light’s endeavor to kill all those he deems immoral is met with great resistances from the detective L, Light’s desire to surpass these challenges, and his steady growth throughout the series as a result, makes Death Note, despite not being the best anime, an absolutely gripping story.  With a dark tone, surprising thrills and challenges, and potential lessons to take away, Death Note proves itself as both a classic anime, and a great story. 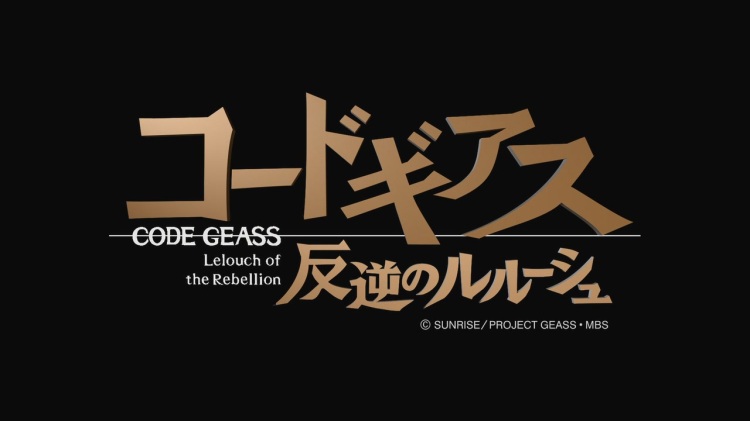 The mecha/sci-fi/fantasy/action-adventure/political drama anime that took the world by storm, Code Geass, takes second place.  Immensely complex, Code Geass follows the quest of Lelouch vi Britannia, exiled prince of the kingdom of Britannia, to destroy the empire, and end its tyranny over countries such as Japan- renamed District 11.  Using a power bestowed upon him called Geass, and his own natural strategic genius, Lelouch takes the guise of Zero, champion of justice, and defender of the weak.

This is all just a fraction of what can be found from Code Geass, however.  Barring the fact that the action scenes utilize giant mecha-suits, or “Knightmare Frames,” or even knowing how much of the drama resides in the mental chess games Lelouch plays with his opponents, the series is rife with political maneuvers, philosophical arguments, and character interactions that really explore the new world that is presented.  Retaining a concrete thematic root in the question of where and how humanity should grow, Code Geass presents situations that put the protagonists to the test, while simultaneously presenting an engaging story and world that are a joy to watch, and a joy to analyze even after the series has ended.

The first time mentioning this absolutely brilliant  movie, Spirited Away, the Miyazaki classic, is my second favorite narrative in anime of all time.  Telling the story of young girl Chihiro, the ten year old girl finds herself in a strange, scary world of spirits, witches, and monsters, separated from her parents.  To survive, she must work hard, confront her fears, and remember, throughout all of it, her own name- her own identity.  Spirited Away has received critical acclaim for its themes revolving around Japanese culture and coming of age, and all these years later, it remains huge in its influence, even being voted in 2016 as the 4th greatest movie of the 21st century. 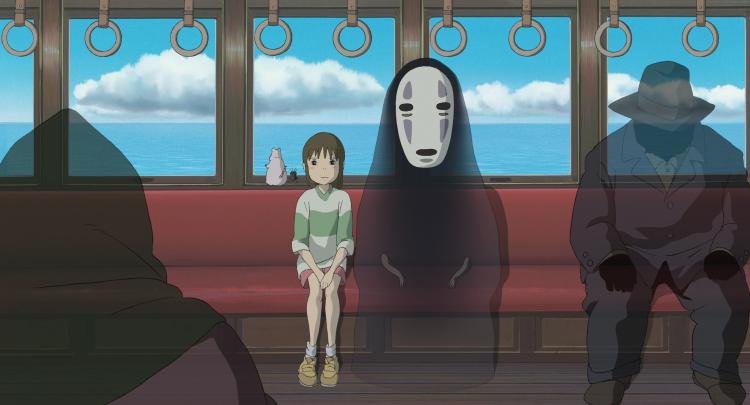 It’s recognized all over the world as one of the greats, not just in anime, but even as a regular film, and for over 15 years, was the highest grossing Japanese film of all time. The story of Chihiro and her trek through a strange spirit world is undoubtedly a compelling narrative, debatably the greatest of any animation.  However, despite the complexity Spirited Away holds, it is not my favorite narrative.  For that, we have to look to…

Taking the number one spot by a long shot, is Full Metal Alchemist: Brotherhood.  It starts, as many great stories do, with a relatively simple premise, that expands into a huge world of possibility.  Alphonse and Edward Elric are brothers who practice alchemy, and in trying to bring their mother back from the dead, they bit off more than they could chew.  The alchemic attempt left Alphonse without an arm and a leg, and Edward without a body, his soul now tethered to an armored suit.  Uncertain now on where to go, the brothers come to a decision-they begin a quest for the mystical Philosopher’s Stone, in the hopes that maybe, just maybe, they could get their original bodies back.  In doing so, they get intertwined with the politics of Amestris, and discover a plot that goes beyond anything they could have imagined.

Full Metal Alchemist is perhaps the definitive action-adventure anime, showcasing the best the genre has to offer in many people’s eyes, but beyond that, it offers an exception narrative.  Similarly to other great narratives, the characters in it are fleshed out, and together, they experience ridiculous, crazy adventures, legitimately scary and intimidating foes, and peril that pushes them to the brink.  Different characters face different challenges that explore varied, complex emotional, literary, and ethical themes.

Beyond having just great characters though, Full Metal Alchemist Brotherhood reflects society in how it tackles social issues- racism, human experimentation, the consequences of war, and more.  These themes can be seen throughout the series, and combined with the looming, supernatural threat of the seven Homunculi, provides for a truly fascinating narrative that blends religious symbolism, social problems, lovable characters, and an engaging adventure.  As complex and deep as it is satisfying and fun, Full Metal Alchemist Brotherhood undoubtedly presents the best narrative in anime of all time- at least, to me.

What’re your guys’ thoughts on the stories anime has to offer?  Let me know by dropping a comment!