Nintendo is an undeniable icon of gaming, serving as the granddaddy of modern games as we know them, and the creator of arguably the most influential and powerful series of all time.  You know them: Zelda, Mario, Kirby, Metroid, freaking Pokemon!  These, among many other gaming icons, stand out as recognizable titans in the industry, and let’s be honest here, Nintendo has been the company to create the most historic franchises, compared to other companies.  That being said, I’d like to ask, which of these  franchises are the best?

These games mean a lot of different things to a lot of different people, and so, of course, there won’t be any singular BEST franchise that would be generally acceptable, but I’d just like to put in my two cents as to the best franchises Nintendo has to offer.  This is all opinion, and honestly, if you have any comments, or your own opinions on your personal favorite franchises, then by all means I’d love to hear about them.  With that out of the way, let’s get the list started!

This tactical RPG, a relative newcomer to the West compared to the other Nintendo juggernauts, is based in the fantasy continent of Archanea, later renamed Ylisse.  Throughout the years, the generations, conflict is bound to happen, and throughout war, revolution, and more, the player gets to experience all of it as the tactician.  This once Japan-only title, thanks to the inclusion of Roy and Marth in Super Smash Bros Melee, was able to be shared all across the world, birthing a substantial fanbase in the process.  With Awakening and Fates already released, it seems like the Fire Emblem series will continue to grow, and hey, that growth is certainly justified.

Fire Emblem is a favorite of mine, making its way to my personal number 5 spot for a multitude of reasons.  Simply put, as a game, it has exceptional mechanics- beyond being fun, and challenging, the relationship mechanic in the newer games adds a huge amount of replayability.  If you’re a shipper, man, you’re gonna have a fun time with this game.  Also showcasing some of the hardest tactical gameplay in the whole of Nintendo’s library, if you’re up for it, for those gamers looking for a bit more challenging of an experience, rather than just a simple story, man, you’ve come to the right place.  That being said, the stories of the games are well done too: not quite exceptional, but certainly enough for the type of game that it is.  It’s a newcomer, but already, it’s made itself a staple in Nintendo’s line up, and I’m looking forward to more!

4. The Legend of Zelda

The Zelda series feels to me like something legendary: a relic from an old age, that has grown to become immeasurably valuable.  Every game is indisputably great in their own way, some of them even making cases for the best of all time.  However, the common trend across every single one, is an adventure.  You, as Link, are fighting crazy bosses,  exploring a unique fantasy world across different time periods, growing from nothing to become an unstoppable swordsman, and it just feels so, so good.  Technically speaking, I can’t complain about a single thing.  The music is iconic, the gameplay is great, the characters are timeless, and every single part of the Zelda franchise is polished.

That all being said, Zelda has never been at the top of my list when it comes to my favorite, most memorable series.  It stands out for its undisputed quality, but I personally have never  been able to invest in the series the way I have with other, more personal stories.  Zelda, with its protagonist that you can insert yourself into, has always felt to me like it was just a bit too general for my tastes.  Emotional stories here are a rarity, focusing far more on the adventure and growth of your character.  As a game, this is to be commended, but such a design choice just didn’t suit my taste.  It still hosts some games I’ve had fond memories with, and as such, ultimately ends up at the number four spot.

Something about Pokemon has made it a cultural icon.  It’s beloved by kids and adults alike, grew a competitive scene, an anime that’s not losing steam whatsoever, a card game, and endless miscellaneous merchandise.  Universally loved, something about the thrill of discovering crazy creatures, befriending them and battling them, just makes the series so good.  Each main series game is rather polished, with the exception of the first generation, and they all allow for the exploration, the adventure and discovery that make Pokemon such a good series in the first place.  To compound this, we have a ridiculous number of spin-offs, such as Pokemon XD, the Mystery Dungeon series, and more, that all add a new twist on beloved favorites that are also done really well!

Pokemon to me is a trip to my childhood.  The days of discovering new Pokemon in, for me, Pokemon Silver, were some of my fondest memories, and re-experiencing that over the next generations have consistently brought those back to me.  Playing Pokemon Moon now is no different, still feeling new thanks to innovations like taking out HMs, Mega Evolution, Alolan forms, and a unique story that gives Pokemon a sense of constant growth.

Every single main series game has brought something, new to the table, and what’s more, brought new Pokemon to the table, allowing for that childlike sense of wonder and discovery to be rejuvenated with each new installment- and that’s not even including the spin-offs, which are great in their own right!  Pokemon, all in all, is timeless to me, and is so for many people as well.

A unique series, Super Smash Bros differs from the stories I normally talk about.  Compared to the characters and background of Overwatch, or the complex messages of Death Note,  Mob Psycho 100, and other similarly deep stories, Super Smash Bros throws all of that out the window, and focuses simply on beating your opponents.  Sure there are different “adventure” modes, but let’s be honest, the adventure doesn’t matter, only providing you a path to fight your way through.  It’s purely fun gameplay, a truly unique fighting game experience, where it’s proven to be enjoyable casually or competitively, with newbies, or veterans.

Smash Bros is yet another childhood memory, but, rather than be enjoyable simply for the gameplay, I love the franchise for the fact that it’s been able to create community.  Smash was a staple game that my friends and I would play together at parties, and on the competitive side, a huge, dedicated Super Smash Bros community is still growing, being in my experience one of the most accepting gaming communities of all time.

That’s not even mentioning the genius concept of putting some of the biggest icons of gaming in a fighting title, or disputably the creation of the smoothest, most innovative fighting mechanics of all time.  It’s earned a soft spot in my heart, and is probably the franchise I’ve invested the most hours into, but there’s still one Nintendo champ that stands above it in my mind.

Samus Aran, lone bounty hunter with a heart of gold, wanders the galaxy, fighting the nefarious Space Pirates and the parasitic Metroids.  Coordinating with the Galactic Federation, she wanders strange new worlds, discovers new forms of life as she goes, and makes the acquaintance of strange new partners and lifeforms.  However, for the most part, she works alone, does what she thinks is right, and faces unimaginable, terrifying threats to the galaxy.  The Hunter, with her power suit and plethora of weapons at hand, has become a force to be reckoned with- and you get to experience that first hand. 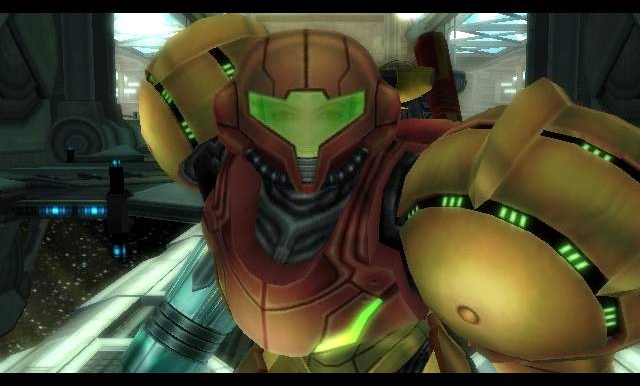 The Metroid series has become my favorite Nintendo franchise for a combination of many reasons on this list thus far, as well as one thing in particular it does excellently.  Similarly to the Zelda franchise, you are placed in the shoes of a hero of sorts, and are left to explore a huge world and simply adventure, discovering new places as you go.  Games in the series, for the most part, are technically superior, with great atmospheric music, smooth gameplay, and great progression throughout the story it presents.  Similarly to how I view Pokemon, the sense of discovery is huge; except that in this series, it means exploring the depths of Zebes, finding new, cool power ups, and experiencing the ecosystem of another world. 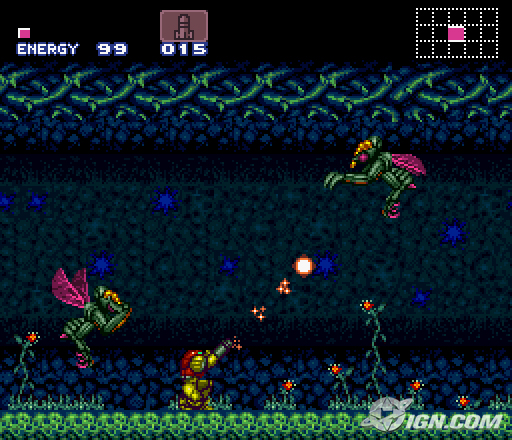 What sets Metroid apart, in my eyes, is a story that provides just enough details to keep me invested, and games that provide an unparalleled atmosphere, that allow me to immerse myself in the world.  This varies across the 2D and 3D games, where Super Metroid and Metroid Fusion had the same sense of exploration, but top-notch story telling, compared to the Prime series which has so many small details about the worlds you visit, that you can imagine the pre-existing life there, the ecosystem that you just have to make your way through.

No Mans Sky has attempted to do this, but without much personality, plot, or design, to make it something great.  Metroid brings all of it, with a barebones mythos that does a great job of setting up the exploration aspects of the games, a continual plot that ensures you have some sort of direction, and gameplay that makes you feel stronger and stronger the further you get.  This series has it all, and ultimately, all these factors make it my favorite Nintendo franchise.

Now please Nintendo, would you make another Metroid game?  It’s been wayyy too long.  Maybe give it an M rating while you’re at it too?  I mean, IMAGINE the possibilities of an M-rated Metroid game!  Anyways.  I hope you enjoyed the list, It’d be cool to know what your favorite franchise is!  I personally love being able to share opinions on this sort of topic.  With that out of the way, I’ll see you next week, with more thoughts on RWBY, and some more anime-centric posts!